5 Priorities for Your First Practice 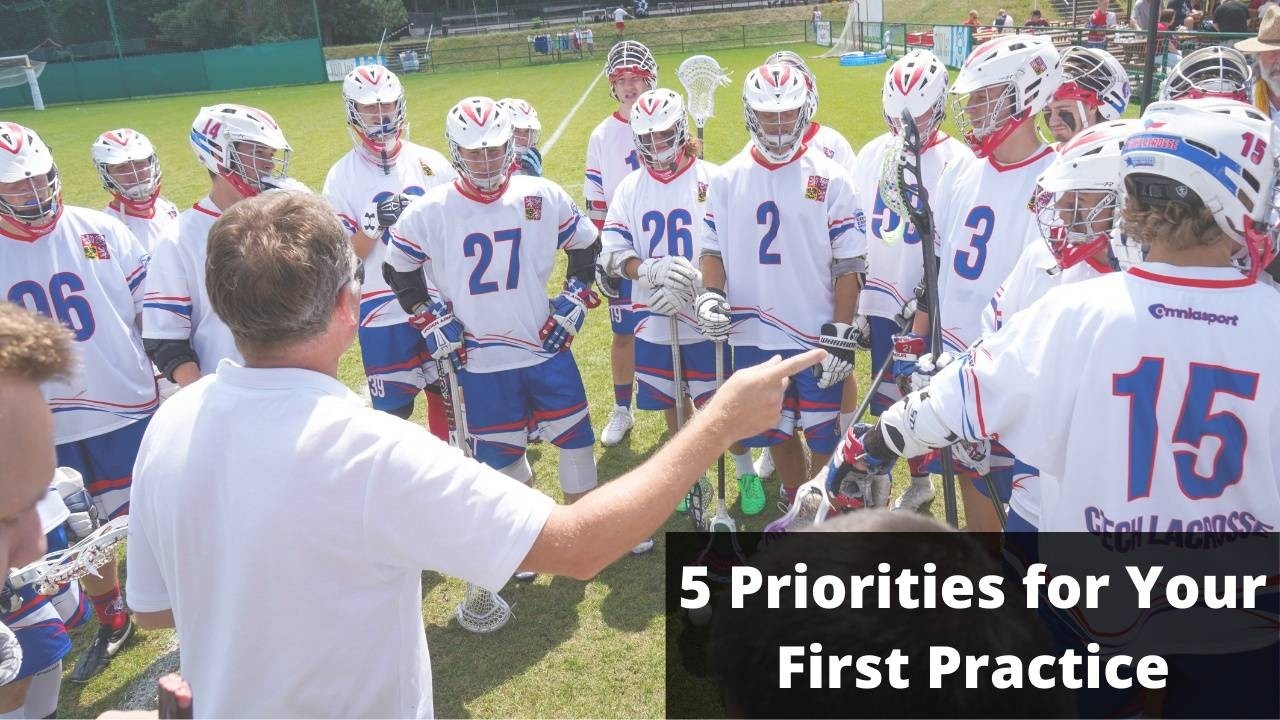 Getting the first practice right with a new team is critical!

I recently took over a new team and we had our first practice together.

Here are 5 things to prioritize in your first practice with a new team...

Don't coach a player up until you at least know their name.

"The sweetest sound in the english language is someone's name" as my friend's at PGC Basketball like to say.

There's a lot of truth to that! People love hearing their own name.

And from a coaching standpoint, it's hard to get someone's attention and coach them if you don't know their name!

Learn every player's name by the end of the first practice or sooner.

I believe it's so important that I did two things prior to this first practice to make sure I would know their names by the end of it.

First, I had an opportunity to watch my team practice one time prior to our first practice together, and one of the things I did was try to put names and faces together while I observed.

Second, before our first practice together, I spent time rereading the practice roster so the names were fresh on my mind.

When our first practice together began, we huddle at center court, I introduced myself, then we played a name game so that I could learn all of their names quickly.

Then, throughout the practice, I made a habit of using players names when I was giving them feedback and or asking them to remind me of their name if I forgot it.

After the name game, I established my non-negotiables with the team.

Non-negotiables are critically important to your success as a coach because they communicate clearly to the players what you need from them at all times to be successful as a coach.

However, prior to explaining my non-negotiables to the team, I asked them to discuss one question in groups of 2-3, then they shared their answers with me.

The one question was...

"What do you need from me as your coach to be successful?"

Their answers boiled down to three things:

You can read more about the importance of asking your team this one question and get more details on establishing non-negotiables in another one of our blog posts here.

After they shared their answers with me, I shared my 3 non-negotiables with them:

After I shared each non-negotiable, I had them discuss in groups of 2-3 what they thought it meant, then we discussed them as a team.

I took their answers, then added things to them to make it clear for the team what my non-negotiable look like in behaviors.

Lastly, I explained what the consequences for not being locked-in and using profanity would be (losing the opportunity to practice) and I asked them what they thought was an appropriate consequence for not being ready.

Establishing the non-negotiables is essential in the first practice as it sets the tone for the entirety of your season and can help you avoid many negative behaviors in your environment.

Routines are essential for running efficient practices and creating a positive learning environment.

The final thing I did in our pre-practice huddle was explain a few routines that the players needed to be aware of.

First, I explained two stoppages routines that I use and why I use them.

A stoppage routine is a consistent way you stop practice to deliver feedback or a coaching point, then get them playing again quickly.

I explained to them that if they heard me yell the word, "FREEZE," or hear one long whistle, they should stop immediately so that we can study something, then get playing again quickly when I say, "ready-set-play."

I emphasized that these routines are important because it will allow us to spend less time talking and more time playing, which they all agreed they wanted to do.

Second, I explained our questioning routines and how I expected them to respond to questions.

This is a really important step if you want to create a mentally engaging learning environment.

I told them that there were 3 ways I would have them answer questions during our practices...

Then, I explained how important it is when I ask a question that they do not shout out answers, but that they should respond in the way I ask them to.

I also explained why I call on them randomly, not as a "gotcha" but because it's important that they are all attentive, and I believe they all have things to contribute.

Finally, I explained that it's acceptable to answer a question incorrectly in our environment and we'd figure out the answers together.

After the stoppage routines and questioning routines were explained and practice began, I began looking for opportunities during our practice to practice the routines.

There were several times that I quickly stopped practice for the primary purpose of establishing those routines.

This is critically important because for these routines to actually become routines, we must practice them frequently!

Platform games are games or drills that you frequently that can be modified easily by loading or unloading constraints.

In our first practice together, I introduced 3 core platform games that we will use throughout our season.

Similarly to the routines above, I introduced these at the beginning because I know it will save us time in practice in the long run.

I like to think of it as go slow now to go fast later.

Once your team has mastered the structure of your platform games, then you can begin to load in constraints to elicit the learning you want to happen, but there is no need to teach a whole need game or drill.

Keep your practice design simple to maximize time on task and reduce the load on your player's working memory.

#5: Catch them Being Good

The final, and most important, thing to prioritize in your first practice is to catch them being good.

Praise the behaviors you told them at the beginning of practice you needed form them—your non-negotiables, as well as anything else you see a player do that is a strong behavior for the type of culture you want to build and the kind of people you want to develop!

It's well documented in research that positive reinforcement can be a behavior change tool when used correctly and at the right ratio (most studies suggest a minimum of 4:1 positive to negative).

The most important thing to remember when we "catch them being good" is to make sure we are using behavior-specific praise.

It's exactly what it sounds like—praising the specific behavior you want to see more of.

For example, one of my non-negotiables is "be locked-in," and we defined what that looked like in our huddle. One of the key aspects of this is eye contact for the speaker and keeping your body still.

One practice began, and even before when we were in the huddle, I was looking for players that were giving me great eye contact and being locked-in with their bodies.

When I saw one of them doing it, I gave them what I call a "shoutout," or an impromptu behavior-specific praise, in front of the whole team.

The behavior-specific praise, or shoutouts, sounded something like this...

When you start catching them being good, you'll also have to do less correcting of unwanted behavior because when you praise player X for a specific behavior, players Y & Z take note and become more likely to exhibit that same behavior.

It's important to give behavior-specific praise to our players for upholding our non-negotiables right from the beginning.

Celebrations are quick behavior-specific shoutouts to athletes at the end of practice.

It's a habit I picked up from PGC Basketball and have used with every team since I was exposed to the ideas.

These celebrations should reinforce your non-negotiables and core values, and they should be focused more on process, than outcomes.

In our first practice, I was the only one that offered celebrations to model what they should be like, but by practice number 2, I opened it up for the players to celebrate each other—I'm consistently blown away by how they celebrate and honor each other when given the opportunity.

The more intentional we are about catching our athletes being good, the more likely it is that we'll be to create a special culture and positive experience.

Catch them being good as much as possible in the first practice!

Thanks for reading this blog!

If you enjoyed this blog, you'd likely enjoy our podcast, check it out here.

If you enjoyed it, would you share it with a fellow coach or give us a shoutout on Twitter?

If you have questions, or would like to get in touch, email [email protected]

Click on the links below to learn more about how we serve coaches. 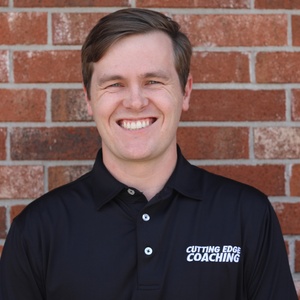 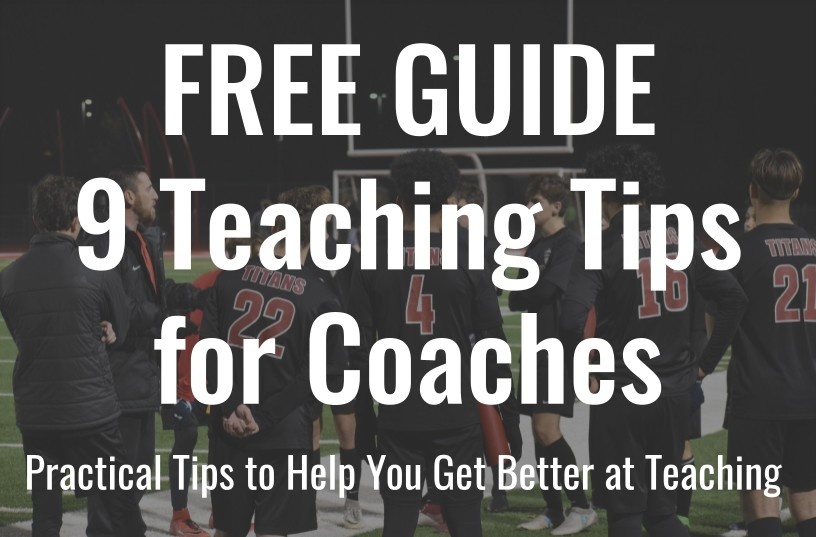